Cattle: Good for the Environment…Surprise, surprise…

What’s all this that cattle and good stewardship do NOT go hand in hand?? Wow, please, get off the train if that’s what you believe. Cattle ARE good for the environment, when they are raised in balance with the nature around them.

First of all, cattle are a bovine species, meaning they are related to bison/buffalo. As they graze (and YES, most cattle are raised for at least 12 months ON grass/hay, not confined or fed just grain, etc…), their hooves act to stir the soil, moving and transplanting grass seed. They do not overgraze, either, by nature; they roam naturally and continually. They are also creatures of habit, crossing streams in a line, not damaging the banks like many people assume. Because of their four stomachs, they can also graze on less than desirable grasses and dry matter, which is an important element of fire protection. MOREOVER, according to recent studies, GRASS-FED BEEF ARE BELIEVED TO HELP REVERSE THE GREEHNOUSE EFFECTS. Pastures and grasslands store carbon, vs. releasing it into the atmosphere!

Because they are vegetarian, and feed on grasses, their meat and fat contain HEART-HEALTHY omega-3 fatty acids, plus CLAs. Those animals that are fed grain, are not traditionally fed that until the last 30-60 days and that is if they are shipped to a feedlot. For those who desire tender meat, this is a requirement. If consumers don’t mind tougher meat, purely grass-fed will be a mite tougher.

The mythology surrounding the raising of beef in this country is actually enough to raise the ire of most ranchers/farmers. What was “exposed” recently at the Chino slaughterhouse is so sad, BUT farmers/ranchers, like most people, were not happy about such conditions, either! Older cattle should not be processed at all; on the other hand, there is little to link those animals to diseases like BSE (Mad Cow). And it is certainly not grounds for the assumption that beef is unhealthy or ‘disease-ridden.’

In fact, MORE people die from eating peanuts, shellfish, even chicken and other meats than from beef! But such is the desire for some people/activists to eliminate ranchers from the West that consumers NEED to be aware of the attack that is constantly being made against them. This is more than a health issue that people such as these want to rid the U.S. of beef; it is a political move and it carries a HUGE agenda…..who should ‘own’ the open spaces is a question that consumers would do well to analyze. 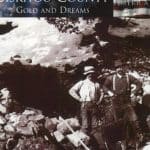 I could not put it down.Robert Stroup via Amazon

Love the book. I could not put it down.