How do you avoid letting a situation take control over YOU???

I knew I’d be sorry, but I threw the cup anyway. It exploded as it hit the tile floor. I looked at the fragments and sighed.
I was a fool.
Sweeping up the pieces, I relived the morning again: Dan, entering the kitchen, making the announcement that there could be no weekend trip to the beach. There’d been unforseen complications at work. Then the kids’ disappointment and my sharp retaliation. Then the inevitable and angry exchange that followed, sending Dan storming out of the house. Finally, the broken cup.

The day was as somber as my mood. “I hate summer storms,” I announced to the empty room. I peered out at the fat raindrops bouncing off the picnic table and lawn chairs.
Restless, I flopped down in Dan’s recliner and fingered a lady’s magazine. I was not interested in irresistable summer salads or tightening my torso in three weeks.
I was only interested in quelling the tumult raging inside me.
At two o’clock, I picked up the kids’ from piano lessons. Jacob jumped into the front seat, shoving Jessica aside.
“You jerk!” Jessica yelled, delivering a healthy punch to Jacob’s ribs.
“Hey!” I yelled. “Don’t start, or you’ll both walk home — rain or no rain.”
“Well, he is a jerk,” whined Jessica, tears spilling down her cheeks.
“When he bothers you, ignore him,” I said. “People have only as much power as you give them.”
“I hate piano,” broke in Jacob. “I hate practicing and I hate classical music.”
“Yea, you can hardly put six notes together without goofing up,” quipped Jessica.
“I said ‘enough already!'” Slapping my hand against the steering wheel, both kids stiffened and went quiet.

Dinner was uneventful, except that Jacob managed to drop his half-empty glass of milk as he cleared the dishes. I threw my dish towel onto the floor and stepped on it, pushing it around the white puddle with the side of my shoe. I bit my lip; I could see the look in my twelve-year old son’s eyes, but his tears did not sway me.
“Sorry,” he mumbled.
“Yes, I know.” Half aloud, I added, “But sorry doesn’t always get it, does it?”
Jacob stared up at me, a question in his eyes.
I didn’t respond.
Just then Dan walked into the room. Still steaming from the morning’s confrontation, he glanced at the irritation on my face and snarled, “I can see you’re ready to forgive and forget.”
Then he walked out.
I felt as if I’d choked, but it was almost impossible to swallow the pain that was knotted at the back of my throat. I handed Jacob the towel. “Would you finish wiping it up?”
He nodded as I turned and left the room.

I didn’t want to meet up with Dan again so I rushed upstairs to the bathroom and closed the door. My tears burned as I tried to avoid them.
I flipped on the faucets, letting water run carelessly down the drain. I watched the water circle the marble sink and wished I could disappear from sight just as easily.
But it was Dan’s words that continued to burn like a brand.

“He’s a jerk,” I whispered, spitting out the words like bitter chocolate. Then I glanced up into the mirror where the words hung, as if reflected there.
I thought of Jacob and Jessica and how impossible it was for them to maintain a civil attitude in the wake of their childishness.
Then I frowned. Had I childishly blamed Dan for a situation over which he had little control? Had I let circumstances dictate my attitude? Instead of acting like a rational adult, I’d reacted to my own frustration.
I sighed.
Instead of serving as an instrument of peace; instead of acting in a manner pleasing to God, I had wronged everyone in the name of my self-righteousness.
“Hmph,” I said and stood up. I turned the faucets off and straightened my clothes.
I opened the door slowly.

It was time to forgive and it was also time to ask for forgiveness. And it was high-time I learn how to forget. 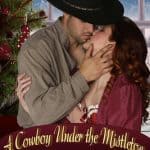 Such Beautiful Stories!Starr via Goodreads

Every one of the stories in this book are excellent! If you look and listen carefully you will see life's lessons. I hope you will give this book a try. I just know you're going to love them too!
Starr as Ruby Slippers