I just happened to read that today is the anniversary of the first automobile SOLD in the United States: March 24, 1898. An interesting thought….the automobile. It has certainly been the catalyst for a myriad of technological changes in the world. Many good, many — not so good. And we can’t go back…..but where do we go from here?

Clearly,
who could have imagined then what exists today? The colors, models, features? The highways and bridges and crowded roads?

It’s particularly interesting, too, because my grandmother – born in 1889 – often recalled that the introduction of the automobile was heralded as the ‘end’ of catastrophic accidents! She once said, “Oh, everyone thought that there would be no more deaths from runaways and horse accidents.” We kids laughed, for even then we recognized that cars were anything but safe and clearly responsible for many deaths.

Grandma never learned to drive, either, but Grandpa drove until he couldn’t get his license renewed. And then the old Packard (maybe it was an old Dodge?) sat in his driveway. He polished it until it gleamed in the sunlight and he’d sit in the backseat, with the door open, darning his socks on an old darning ‘needle’, or he’d read READER’S DIGEST. We kids loved to spy on him or we’d climb into the old four-door and wait for him to tell us stories. That was in the fifties.

I also remember my parents’ car in the early 50s, a Plymouth. I recall how we kids would fight over who got to sit in the middle of the front seat. And I recall the old Plymouth ‘ship’ decal that was etched or painted on the dashboard (or was it on the ashtray?). I can almost remember the smell of that old car. The seats were gray and rough against the skin. The car was blue.

Life was certainly simpler then! As were the automobiles……. 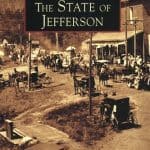