How the States Got Their Shapes……”culture clash” 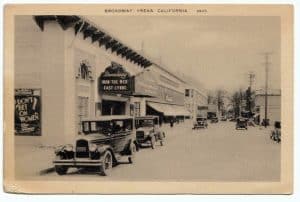 It was fun being a part of the episode, although most of our interview ended up, no doubt, on the cutting room floor! Those of us in Yreka waiting for our “turn” didn’t get a chance to meet Brian Unger, the host. He was sick with laryngitis so he couldn’t conduct the interviews and between the rain and a series of other issues, we were lucky to have the episode even make it to the air! Michelle Fain, who edits and publishes JEFFERSON BACKROADS and Claudia East, author of the Arcadia book on Yreka, were also featured in the interviews.
If I have a negative comment to make, it would be that they didn’t spend enough time on the PRESENT State of Jefferson and what is going on these days to promote the concept. They kept it much more focused on the historical events of 1941. But most people probably don’t realize that people here in the far reaches of California and southern Oregon really DO favor the establishment of a new state!
I’ve included the link to hulu.com where the full episode of “Culture Clash”/”How the States Got Their Shapes” can be found. 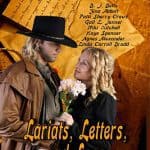 This was a great collection of clean Valentine love stories that any one who likes Western Romance stories would enjoy reading.