Two weeks ago, I got to participate in a book signing at Costo in Roseburg, Oregon! It’s the second time Costco has requested that THE STATE OF JEFFERSON books I’ve coauthored (Arcadia Publishing) be premiered at one of their stores. Last year I appeared at Costco in Medford, Oregon. 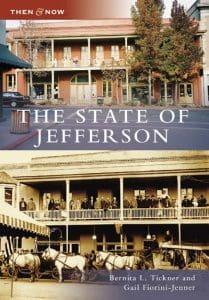 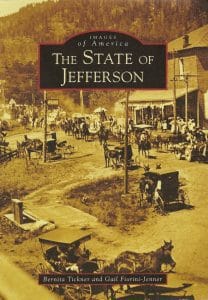 To say I was thrilled is an understatement…even traveling the 3 hours north to Roseburg did not dissuade me from attending the signing. Welcomed by a stack of 85 books and a large poster inviting customers to look at the books made it easy to break into conversation with people. And though Roseburg is probably considered at the “edge” or on the margin of the State of Jefferson territory, nonetheless I was delighted with the number of people who came up and said, “The State of Jefferson? I know where that is….” or “Gosh, wouldn’t it be great if there really could be a State of Jefferson?”

Several people recalled that they had seen a bit about the State of Jefferson on History Channel’s ‘HOW THE STATES GOT THEIR SHAPES’ last summer. When I told them, yes, and I had been interviewed on that program, they were duly impressed (I didn’t tell them that those of us waiting to be interviewed had waited for 5 hours because of the rain or that the editors/producers had trimmed all but a few bits of conversation from the interviews, which left far less in the expose than we ‘locals’ had hoped would be included)! The fact is, the State of Jefferson made national TV! 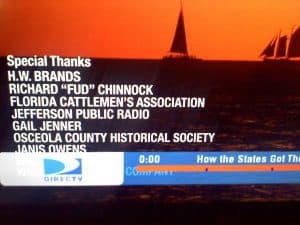 It seems the idea or ideal that comes to mind with the concept of the State of Jefferson, or this 51st state, has not died — in spite of the fact that the reality is in stark contrast to the dream. People in this neck of the woods do see themselves as different: they connect to their environment and to the land in a far different way, and that perception has not dimmed with time.

Is it the more rugged environment we are enveloped by that affects us? Is it the weather and/or the fact that life is more connected to the peaks and valleys and rivers that dominate our landscape? Is it the small populations that are interlaced by open spaces that make the living here at least feel different? 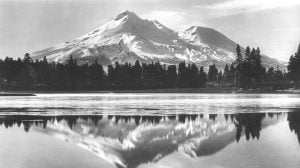 I’m not sure. But I do know that the mystique that is attached to The State of Jefferson continues to flourish. It is not a right or left thing, either, which makes it all the more intriguing. It is a notion that seems more connected to the independence that comes from living in this region of southern Oregon and/or northern California where mountains rise up gloriously and rivers cascade through rugged valleys. 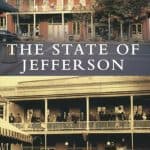