Move to Expand the “State of Jefferson” is Heard in Tehama County!

The drive to expand the “State of Jefferson” continues to grow……

Now Tehama County is having its say! As reported in the Chico Enterprise Record and Redding Record Searchlight, Tehama County residents and Board of Supervisors has taken up the question of whether to join in the move to create a new state from portions of northern California and southern Oregon.

According to one spokesman, Tom Knorr, “Northern California will not survive as the fifth wheel of California’s train wreck.”  Proponents stated that with as much confusion that exists in California’s politics, it only makes sense to separate into a 51st state (once the proposed 49th state until the Bombing of Pearl Harbor brought an end to the movement of 1941).

What will happen? It’s hard to predict and yet, it’s a hard-earned “dream” that many in the rugged region of Northern California and Southern Oregon seem to share. Perhaps the mythical State of Jefferson is destined to become a real entity!????? 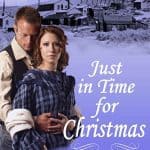