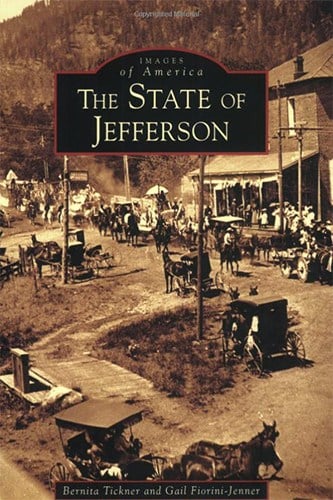 Images of the State of Jefferson

The State of Jefferson was born in the hearts of pioneers who crossed craggy peaks and treacherous canyons to settle near the Oregon and California border. Isolated and feeling neglected by both state governments, they tried to create a new state as early as 1852.

The persistent State of Jefferson movement finally received national attention, including articles in Time and Life magazines, and held a boisterous election of county officials in 1941, before being derailed by the onset and priorities of World War II. But solidarity and independence still run like underground springs in the border counties, where rugged individualism matches the often rugged terrain, and where highway signs, businesses, and even public radio stations proudly display the State of Jefferson name and flag.