Staking out Beef: Know Your Steaks, their values, their cuts

If you’re learning about cooking beef, it’s important to STAKE out the proper information about STEAKS, in general. Steaks come in all shapes and sizes and from low price to higher-priced. Lean beef is as healthy as skinless chicken breasts, so there is no... 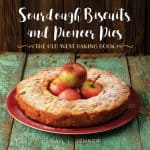