For Farmers and Ranchers, EVERY day is EARTH DAY!

Here are some relatively unknown, but important, Fun Facts:

In the United States, 98 percent of farms are family farms.

Greenhouse gas emissions from agriculture decreased 4.2 percent from 2001 to 2006.

Most large feedlot owners have a dedicated environmental engineer either on staff or on contract who ensures the operation is in compliance with strict government regulations.

This year, 46,000 upland acres of private land, mostly on working farms and ranches, were restored to benefit the grizzly bear.

U.S. consumers spend a smaller percent of their disposable income on groceries than consumers any where else in the world.

This year, 120,000 acres of private land, mostly on working farms and ranches, were restored to benefit the bald eagle
.
In the Eastern and Central United States, wildlife is almost entirely dependent on ranch, farm and other private lands; so, ranchers play an important role in the survival of native species.

Grazing cattle can minimize the invasion of non-native plant species.

Farmers’ and ranchers’ landowner agreements restored or enhanced 445,000 acres and 885 river miles of habitat for fish and wildlife.

Today versus 1960: 1.8 million less farms are feeding a U.S. population that has increased 61 percent.

Controlling dust has been a priority land-management practice on cattle operations for generations.

Agricultural productivity in the United States has more than doubled in the past 50 years.

Grazing cattle reduces the risk of wildfires by decreasing the amount of flammable material on the land.

Because 85 percent of U.S. grazing lands are unsuitable for producing crops, grazing animals more than doubles the area that can be used to produce food.

Cattle serve a valuable role in the ecosystem by converting the forages humans cannot consume into a nutrient-dense food.

Last year, more than 2,000 ranchers and farmers entered into landowner agreements with the Partners for Fish and Wildlife Program.

About a billion acres, or 55 percent of the total land surface in the United States, is rangeland, pasture and forages.

Beef producers consider the rate of growth and consumption of plants in a given area when deciding how to rotate cattle to new pastures.

Cattle grazing plays an important role in maintaining the wetland habitat necessary for some endangered species.

The United States has 16 million more acres of forestland than it did in 1920.

Send this on to friends and family….I bet they might be surprised! 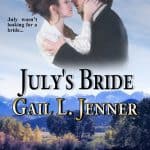